We are proudly a family business with two generations of dedicated, service providers delivering over 20 years of service to our clients 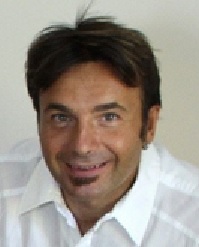 Mr Mensitieri was born in Naples (Italy) from an extended family of Mariners. His own father sailed with the Italian Navy and served as a medical officer for passenger liners. His uncles sailed as Master Mariners primarily for Grimaldi Shipping.

Sergio and his family migrated to Australia in 1971, learning to speak both fluent English and Italian.

In 1998, Sergio completed a Bachelor of Education passing with Honours and over the years developed his teaching career finishing with Marcellin Technical College which aims to equip teenagers with a trade skill, focusing on teaching mathematics & physics.

Mr Mensitieri commenced employment as a surveyor for Faro Marine Services at the beginning of 2013 after finding a sincere interest in the marine industry. Particularly after having already accompanied and assisted on some inspections over the years with his father in law, Capt. Nello Magliulo.

By the end of 2014, Mr Mensitieri attained his Diploma in Marine Surveying from the Australasian Institute of Marine Surveyors. He also completed the DRY BULK UNIT giving him a specialisation in Grain Surveying and has been conducting Grain Surveys both at Anchorage and at Berth since January 2015. Mr Mensitieri is also an accredited authorised Officer for the Department of Agriculture having completed many hold inspections as an External AO.

Sergio received exclusive training from Capt Nello, performing a vast array of survey categories since his commencement of employment and, in February 2016, was promoted to Operations Manager, responsible for the majority of surveying work the company undertook.

On the 1st July 2019 Sergio Mensitieri became Principal and co-Director of the company. 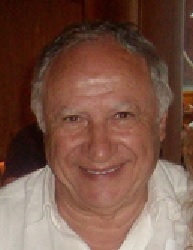 Obtained Master Mariner Class 1 (Foreign-Going) qualification in 1968. Subsequent to completing Nautical College in Naples (Italy), he served at sea from 1962 until 1974 on a wide variety of merchant vessels in worldwide trade, including general cargo, bulk carrier, refrigerated cargo, tanker, ro-ro and passenger liner.

Captain Magliulo migrated to Australia in 1974 and commenced employment with Societe Generale de Surveillance (SGS Australia - formerly General Superintendence Company) in Sydney in June 1975 as a Marine Surveyor. By the end of the same year, he had helped expand SGS Petroleum Services Australia-wide.

In August 1979, Captain Magliulo moved to Adelaide to set up a South Australian office, covering several senior management positions including State Manager. In 1987, Nello was a lecturer for the Redwood (Petroleum & Petrochemical) Division, conducting Training Courses. In 1988, he was appointed as International Shipping Co-ordinator and in 1994, the National Redwood Manager for SGS Australia.

In November 1996 Captain Magliulo joined ITS Caleb Brett as Marine Manager with the specific responsibility of P&I Surveys and Investigations.

In March 2000, Nello decided it was time to step out on his own and formed his very own company Faro Marine Services Pty Ltd, which he saw grow strength to strength. Over the years he expanded his business, training additional staff until 1st July 2019 when he passed the business onto Sergio Mensitieri, as part of his succession plan.

Captain Nello is only semi-retired and is remaining available as an expert consultant in the field and to perform P&I work when required.

CMMA - Member of Company of Master Mariners of Australia 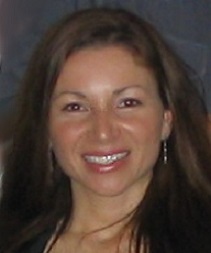 After completing 2 years of Business Studies in 1986, Paula commenced her employment within the Marine Industry in charge of Client Services and Administration for SGS Australia Pty Ltd.

After several years, Paula moved into the Insurance Industry working her way to Account Executive which entailed travelling throughout South Australia servicing clients in Insurance, Risk Management and WHS Compliance.

Paula commenced working for Faro Marine Services as Executive Assistant in December 2016 and is now co-Director for the company overseeing the Business running, including marketing, finance, insurance & risk management and administration.

Eight dedicated marine surveyors available with a collective experience of many decades.

50 locations serviced throughout Australia and Singapore since July 2019

485 jobs undertaken for clients since July 2019

We are a small specialised team with extensive years of experience in the industry. We offer wide-ranging maritime surveying services and can provide comprehensive, tailored solutions to suit our clients' needs. We strive for excellence and have a proven record of providing a high level of service and conducting our business in a professional manner whilst offering very reasonable, competitive rates and you always deal directly with the business operations team whom are contactable 24hours a day, 7 days a week.

We will take the stress out of all shipping needs, doing preliminary groundwork from point of notification and taking care of your vessel as soon as it enters Australian waters. We are committed to providing you with a high-level professional service, from co-ordinating all areas of marine surveying & consultation to a fast turnaround of reporting.

We provide marine and cargo surveying Australia wide and internationally

Located in Adelaide but able to service Australia-wide and Internationally.

Accreditation and Membership held by our company and members, showing we are serious about demonstrating the best standards and professional attitudes.

Member of Company of Master Mariners of Australia